The datelines on my most recent posts show that I haven’t kept you, my readers, or the world at large informed about my life or work. In large part that’s because of my need for privacy. Also because I don’t believe people, even my readers, are much interested in how I live my life. And finally because I’m not really convinced that social media and self-promotion have much of a positive effect on my career. Some SF writers seem to bubble over with news, opinions, and facts and still have time to put out a fairly decent novel a year. I’m not one of those writers. In fact, I’m quite the opposite. Nothing ever happens, so there’s no news (with a few notable exceptions. See below). I’m opinionated, sure, but don’t consider my opinions especially worth airing, except when they come out of the mouths of my fictional characters. As to social media, I just don’t get it. Call me a social grinch, but I’d rather spend five minutes breathing the same air with someone than an hour reading their updates online. As to promotion, I’ve always felt that that was my publisher’s job. After all, they take 85% of every dollar in sales of my books.

But that’s all about to change. Why? For two reasons. First, my longtime agent, Ralph Vicinanza, died unexpectedly last November. I was lucky to have representation by a person of his caliber. He steered the course of my first novel, Counting Heads, and I will be forever in his debt. Now I am faced with decisions of how to chart my future course, which leads to . . .

Ebook publishing has exploded. Ebooks had been a tantalizing possibility for years, but no one knew how to bring them to the market. Amazon changed that with the Kindle. There had been ebook reading devices before, but Amazon put theirs together with the largest online bookstore in the world, making it easy and relatively cheap to find, download, and read books. IMO, the Kindle has done for books what iTunes did for music. And with Barnes & Noble and Apple jumping into the game, it seems clear that ebooks are the next step in publishing. Moreover, e-publishing has the potential to cut out the middleman, the traditional publishers, from the process. In five years, if such giants as Macmillan and HarperCollins are still in business, that business will be unrecognizable by today’s standards. In the meantime, we authors have the ability, like indie musicians, to cater to our fans directly.

Of course, that means we’re responsible for getting the word out ourselves and to build and cultivate our own fan base. In other words, self-pubbing equals self-promoting, and at long last I accept the challenge.

What does that mean? First off, it means that I’m committing myself to letting you know what’s happening with me and my work on a more timely basis than once every six months. For the last 15 years I have counted Saturdays as just another work day for writing fiction. Now, and for the foreseeable future, Saturdays will be my “social network” day. I have to admit, I still don’t know how to do it, and I’m hoping that some of you reading this can give me some hints. What’s the best way to get the word out about my fiction? Where do YOU go for news about your favorite writers? What do you want to know about me? How can I best use my time? Come on, give me a clue. I’ve had a Facebook account for years, but I never updated it, using it only as an easy way for people to find me. Now, I will at least copy these blog postings onto FB, but what else is FB good for? Do you follow Twitter? Does anyone really care to read tweets from me? What else out there should I be using?

It also means that I will begin to self-pub some of my short fiction as ebooks. I’ve already got “She Was Good—She Was Funny” up on Kindle for 99 cents. This was my second-ever published short story, and the only one that’s not science fiction. Actually, it’s a kickass story about love and murder in the Alaskan bush, and it appeared in Playboy magazine. It’s never been collected (except as a premium feature in the Subterranean collection, Getting to Know You) and is pretty much unavailable, until now. I’ll get it up on Nook next. After that I’ll do a mini-collection of three stories: “Osama Phone Home,” “A Hard Man to Surprise,” and “Timed Release.” The first of these appeared in MIT Technology Review, and the other two are flash fiction stories that appeared in the British journal Nature. These three stories have also never been collected or anthologized. They are available online but only behind a paywall. And then, if I can secure the rights, I’ll do an ebook edition of my most popular story, the novella, “The Wedding Album.”

There’s a lot of work getting all this put together. A lot of administrative hoops to jump through creating accounts, not to mention the formatting of the ebooks themselves. I’ve been forced to update a bunch of software (plus I need a new computer! I need broadband!) and to learn the finer points of .mobi and .epub formatting. More on this in coming weeks. 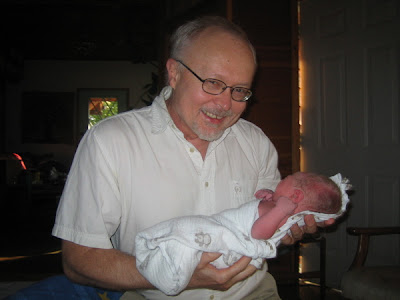 The biggest personal news I have to share is the fact that I’m a new grandparent! Here’s my little darling only three hours old, fresh from her water birth at home. If my daughter and son-in-law allow, I’ll be sharing more pix in future weeks.

Well that’s enough for now. But check back next week for more. I’ll tell you about the novel I’ve been working on for the last three years. And please leave comments (or send email) about things you’d like to see here.
Posted by David Marusek at 1:56 PM 5 comments: Links to this post

David Marusek
These are the continuing adventures of a novelist who has launched his fourth novel and is busy imagining his fifth.

First in a new sci-fi series 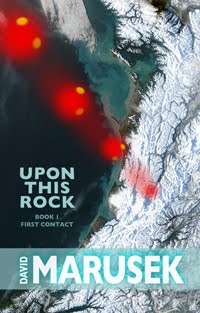 A tale of faith, family, and alien invasion in bush Alaska

Upon This Rock: Book 2 — Glassing the Orgachine 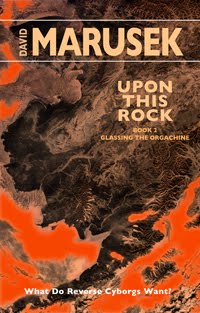 What do reverse cyborgs want?

Upon This Rock: Compilation 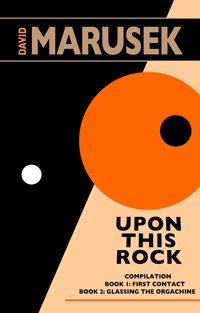 Complete text of Books 1 and 2 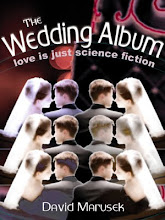 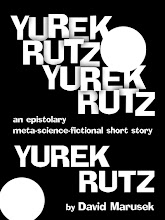 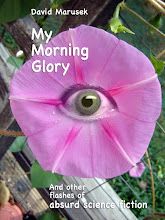 available for Kindle and Nook 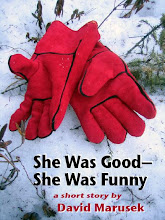 Now on Kindle and Nook. This is a kickass short story of mine that first appeared in Playboy. A fun read for 99¢

French edition of "We Were Out of Our Minds with Joy"